“Since the medieval period the Catholic Church was a powerful institution. In addition to controlling various aspects of people’s lives, the church still held a court that punished those it considered ‘heretic.’ In addition, some members of the Catholic Church Fraudulent trade in religious articles. They sold objects that were said to be pieces of the bones of the ass mounted by Jesus, pieces of a cloth said to be from the mantle of Mary, and priests and bishops sold indulgences, that is, forgiveness of sins.”
Prof. Dalton Jr.

“The Reformation (from Latin reformatio, literally ‘restoration, renewal’), also referred to as the Protestant Reformation and the European Reformation, was a schism from the Roman Catholic Church initiated by Martin Luther, and continued by John Calvin, Huldrych Zwingli, and other early Protestant Reformers in 16th century Europe. Most experts on the subject consider the publication of the Ninety-Five Theses by Luther in 1517 as its starting point, while the Peace of Westphalia in 1648 (concluding the Thirty Years’ War) as its ending.

There had been significant earlier attempts to reform the Roman Catholic Church before Luther – such as those of Peter Waldo, John Wycliffe and especially Jan Hus whose successors became the chief force in the Kingdom of Bohemia for several centuries.

Nevertheless, Martin Luther is widely acknowledged to have started the Reformation with his 1517 work The Ninety-Five Theses. Luther began by criticizing the sale of indulgences, insisting that the Pope had no authority over purgatory and that the Catholic doctrine of the merits of the saints had no foundation in the gospel. The Protestant position, however, would come to incorporate doctrinal changes such as sola scriptura and sola fide. The core motivation behind these changes was theological, though many other factors played a part, including the rise of nationalism, the Western Schism that eroded faith in the Papacy, the perceived corruption of the Roman Curia, the impact of humanism, and the new learning of the Renaissance that questioned much traditional thought.

The initial movement within Germany diversified, and other reform impulses arose independently of Luther. The spread of Gutenberg’s printing press provided the means for the rapid dissemination of religious materials in the vernacular. The largest groups were the Lutherans and Calvinists. Lutheran churches were founded mostly in Germany, the Baltics and Scandinavia, while Reformed ones were founded in Switzerland, Hungary, France, the Netherlands and Scotland. The new movement influenced the Church of England decisively after 1547 under Edward VI and Elizabeth I, although the Church of England had been made independent under Henry VIII in the early 1530s.

There were also reformation movements throughout continental Europe known as the Radical Reformation, which gave rise to the Anabaptist, Moravian and other Pietistic movements. Radical Reformers, besides forming communities outside state sanction, often employed more extreme doctrinal change, such as the rejection of the tenets of the late antique councils of Nicaea and Chalcedon.

The Roman Catholic Church responded with a Counter-Reformation initiated by the Council of Trent. Much work in battling Protestantism was done by the well-organised new order of the Jesuits. In general, Northern Europe, with the exception of most of Ireland, came under the influence of Protestantism. Southern Europe remained Roman Catholic, while Central Europe was a site of a fierce conflict, culminating in the Thirty Years’ War, which left it devastated.” 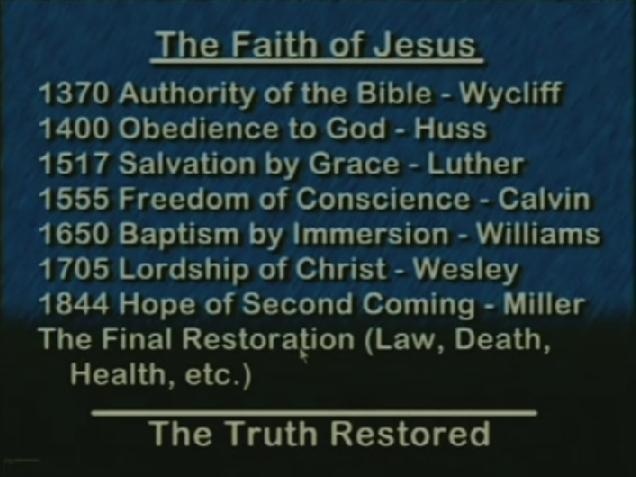 (continues in the comments … )

9 Replies to “The Protestant Reformation and the Reformers: the Truth Restored”